ABOUT REV. PROF. MOSY U. MADUGBA 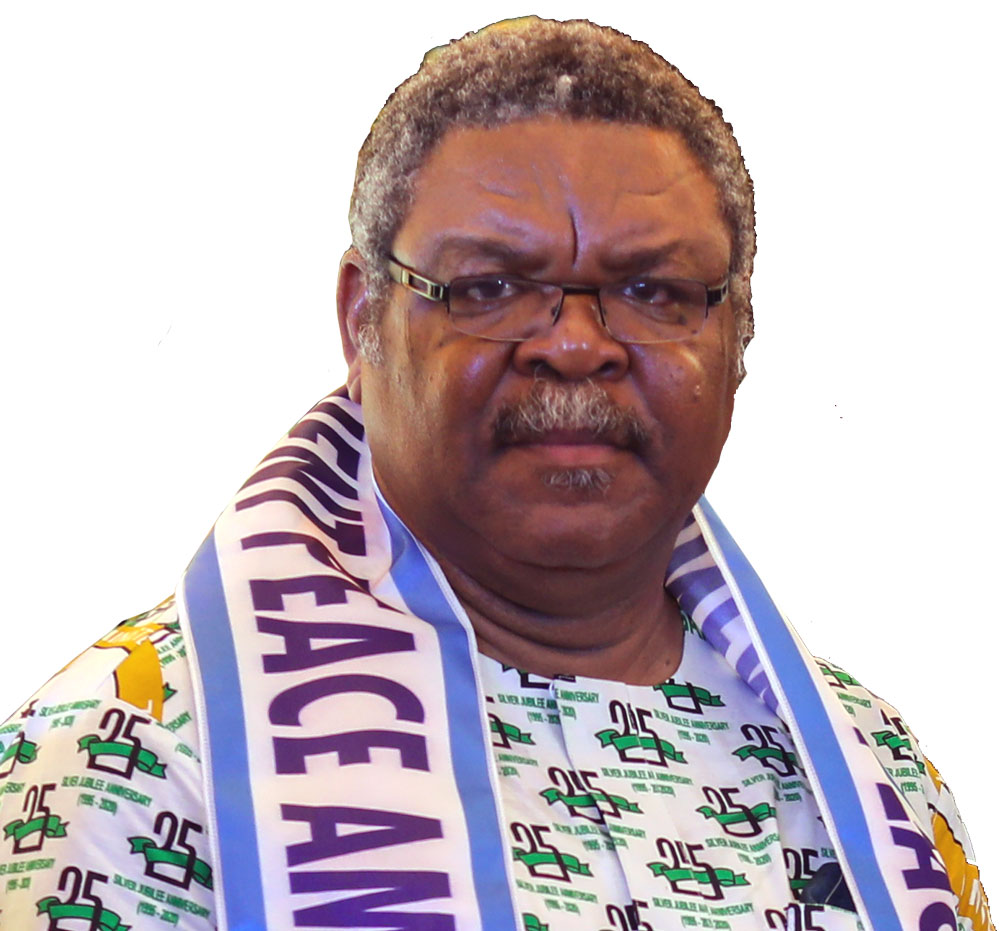 Rev. Prof. Mosy Uzoma Madugba is the International Head-Coordinator of Ministers Prayer Network globally, with USA Branch inclusive. The movement has grown from a prayer and leadership network of Christian leaders to a strong apostolic and prophetic network across the nations of the world. MPN has hosted Global Prayerquake in the city of Port Harcourt, Nigeria since January of 1995 - an annual International Ministers & Christian Leaders Prayer and Leadership Conference attended by 10,000-15,000 Christian leaders from around the world.

He is a genuine apostolic and prophetic leader, provides Apostolic oversight, at last count, to over 3000 Pastors, Apostles, Prophets, Bishops and Archbishops in over 70 countries around the world.
His ministry activities in the US began 32 years ago, when Jamie Buckingham, author of the approved Biography of the late Kathryn Kuhlman invited him to speak at his church – The Tabernacle Church of Melbourne, Florida. Since that time, he has enjoyed consistent healthy friendship and ministered together with several well recognized American Pastors such as Eddie and Alice Smith of United States Prayer Center located in Houston, Texas, Jeff McGee, senior Pastor of Calvary Community Church of Houston, Texas. J. Lee Grady, Editor of Charisma Magazine, published author, minister and founder of The Mordecai Project who considers Apostle Mosy his spiritual mentor and father. He is friends to the late Rev. R. W. Schamback, Pastor Rich Wickerson of Trinity Church Miami, Florida. He has ministered with Robert Stearns of Eagles Wings Ministry who organizes the Global Day of Prayer for Israel from New York along with Jack Hayford, the co-chairman. He has hosted and spoken at MPN Conferences in every continent of the world and in several cities of the United States, including Houston, TX; Atlanta, GA; Melbourne, Orlando, Tampa and Miami FL; Orange, NJ to name a few. He has hosted many American leaders at his annual Global Prayerquake in Port Harcourt, Nigeria.

He is a much sought-after teacher, Conference leader and featured speaker at gatherings worldwide. He counsels and mentors Heads of States, Governors and Mayors of several cities around the world including the U.S.. His primary current ministry focus on prayer, spiritual warfare and missions with signs and wonders following has taken him to over sixty countries ministering to Church groups, individuals and conference gatherings. He works in the miraculous and carries a strong Apostolic and Prophetic authority and unction, He has spiritual sons.

Apostle Mosy Madugba conducts training in several classroom-type forums. He is the President of a Ministerial training college called The West Africa School of Missions (WASOM) in Port Harcourt, providing training to future Missionaries at both the Certificate and Diploma levels.

He is a widely read author. His best known titles include Revival Fire, Catch and Spread it, Prayer Power, Four Levels Of Spiritual Warfare, Elders At The Gate, Dealing With Evil Foundation, Altars and Marine Kingdom, etc. His most recent work: God’s Agenda for Women in this Decade deals with his revelation of the current decade and God’s Agenda in this season to raise His Esther’s to leadership with the help of the Mordedai’s, in obedience to this revelation he is raising up chapters of “Apostolic Women” around the world. Rather than Apostolic Women being divisive – it calls for the men and women of the Kingdom to work together to come to their true destiny.

His books are published through Spiritual Life Publications, which is an International Affiliate Member of the Evangelical Christian Publishers Association (ECPA).

His U.S. activities are coordinated through his American affiliate, Global Harvest Missions, Inc., headquartered in Melbourne, Florida. Global Harvest Missions hosts Fire of Heaven Conferences, where Rev. Madugba leads the conference on spiritual warfare and redeeming the land and the USA chapter of the Ministers Prayer Network.

In Nigeria, he has ministered alongside other seasoned leaders like Pastor E. A. Adeboye, the General Overseer of the Redeemed Christian Church of God; The General Superintendent of the Assemblies of God Church in Nigeria; Bishop David Oyedepo, the Presiding Bishop of the Living Faith Church (Winners Chapel) and Pastor W.F. Kumuyi of the Deeper Christian Life Ministry. He is a close friend of Dr. Daniel K. Olukoya General Overseer of Mountain of Fire and Miracles Ministries.

Professor Mosy Madugba along with his wife Dr. Chinyere Gloria Madugba and their triplets Michelle, Michael and David are residents of Port Harcourt, Nigeria. His wife Dr. Chinyere Gloria Madugba, is also an accomplished author and conference speaker. She is the International Coordinator of Apostolic Women (the women of MPN). She coordinates and speaks at MPN Apostolic Women conferences worldwide and has authored several popular books including: Brokenness: An Inevitable Experience for Spiritual Significance, Frontline Intercession, The Mature Intercessor and The Jael Company: God’s Secret Army and Killing the Marriage Killers, an excellent work dealing intimately with marriage.

Prof. Mosy Madugba has been in active kingdom ministry consistently for the past 47 years and continues training groups around the world through the Global Harvest Missions School of Prayer and Spiritual Warfare. He leads training in prayer and spiritual warfare devoted to preparing individuals to affect their cities by going into the field with knowledge and experience, taking signs, wonders and miracles into the streets of our cities where the Church can “Occupy until Christ returns” which is his by-word for the Church. His long-term objective is to train and equip an army of “dread warriors” for the Church across America and the world.